Secretary to Cabinet Dr Simon Miti announced the untimely passing of Chief Justice Mambilima today , 20th June 2021, at approximately 17hrs in a private hospital in Cairo, Egypt. Dr Miti said Justice Mambilima had travelled to Cairo on 10th June,2021 on official business and fell ill whilst on duty in that country.

He said further details will be availed to the nation in due course. Justice Mambilima was Zambia’s First Female Chief Justice until her untimely death today. She was appointed Chief Justice of the Republic of Zambia on 26th February, 2015. 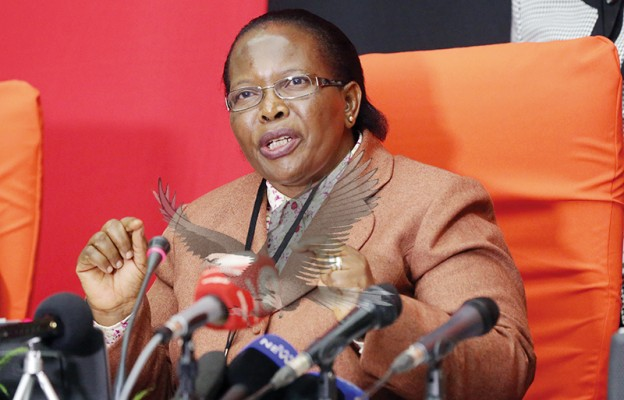 Justice Mambilima was appointed Judge-in-Charge of the Lusaka High Court in 1996 and subsequently, Judge-in-Charge of the High Court Commercial List in 2000. Later in 2000, she was appointed to act as Judge of the Supreme Court and was ratified in 2002.
Justice Mambilima has served as a Judge in another jurisdiction.In 2003, she served as Sessional Judge of the Supreme Court of the Gambia.

From 1994 to 1996, Justice Mambilima served as a member of ECZ. Justice Mambilima has participated in various election observer missions in Mozambique, Kenya, Seychelles and she led the EISA Election Observation Mission to the presidential elections in Liberia.

Before she joined the bench, Justice Mambilima served in various capacities in the government including as a State Advocate and a Senior State Advocate under the Attorney General’s Chambers from 1977 to 1984 and as the Director of the then Legal Aid department in the then Ministry of Legal Affairs now the Ministry of Justice.

Justice Mambilima was the Chairperson of the Zambian Council of Law Reporting, a statutory body established under Chapter 46 of the Laws of Zambia the position she held until her death today. She was a Board Member on the Child Fund Zambia Board and previously served on the Advisory Board for Women in Law Southern Africa (WILSA).